Mimi Gee isn't my given name. It's just a title that seems fitting for this blog about waking up to the Creative Self within. "Mimi" is what my grandson calls me—a kinship name that started out as something fun and easy to say, but that has grown to mean so much more because it represents all that pure love can be. And "Gee"? Well, that's the first letter of my last name. It also describes my awe at the wonders of this world ... and Love, the foundation of it all. 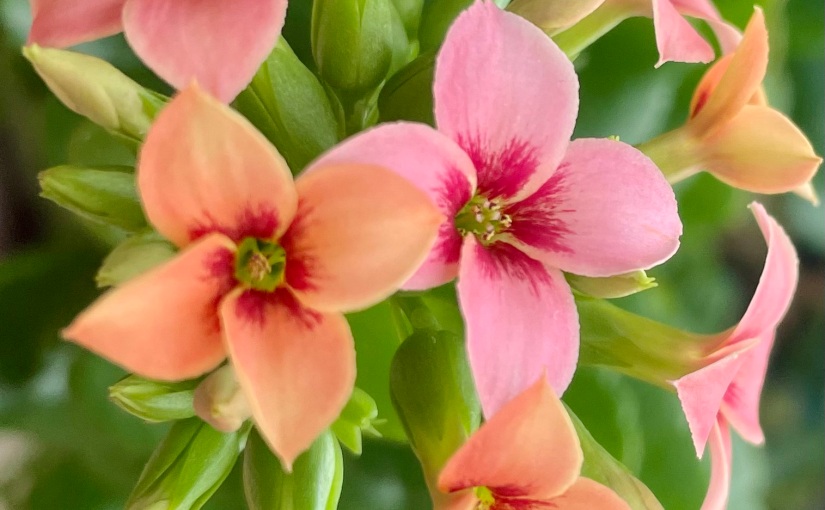 noun: the occurrence and development of events by chance in a happy or beneficial way: a fortunate stroke of serendipity | a series of small serendipities.

Since my last post two amazing things have happened.

One, in an online weekly Zoom meeting called The Seekers Forum, led by Mark Matousek, an author, teacher, and speaker whose work focuses on transformative writing, Mark asked: “What is your creative vision for the New Year? What efforts are needed to fulfill it. Be specific.”

We all took five minutes to write down our responses. Mine, of course, was mostly about taking another running leap at my memoir, as well as continuing this blog in some way, even though I don’t know exactly where it’s going. Lots of question marks for both of these projects and they can feel overwhelming. Intimidating.

When the group came back together to discuss their answers, I soon found out I wasn’t alone in my overwhelm. One member from the UK had the courage to say what I was thinking but didn’t want to admit publicly. He (I’ll call him A.T.) said, “I have all these ideas, too many, really. And they’re all in my head vying for attention. The thing is, I feel like I need some support or I won’t do any of them.”

“Yeah, yeah, something like that could be very helpful.”

“Anyone interested in being part of an accountability group, contact me and I’ll connect you with A.T.,” Mark announced to the group.

My ears perked up and my heart did a little skip. I thought about the Terrence McKenna quotation I’d included in last week’s post: “Nature loves courage. You make the commitment and nature will respond.” I made a note in my journal to reach out.

A few days later, I sent a message to Mark … but as soon as I hit Send the voice inside my head, the Critic, started up. Do you really want to commit to this? What if it’s just the two of you and it’s totally awkward and awful? Or what if there are other people and none of them do what they say they’re going to do and just complain and whine instead? You do enough of that already. You don’t need help.

I attended the first meeting anyway. On the screen were A.T. and four women, including me. One by one we described our hearts’ desires for our creative projects: an online course, a book of poetry, a children’s book. One woman admitted that she didn’t know exactly what she wanted to produce, she only knew that she needed creativity to feed her soul, especially now during the pandemic.

And that’s just it, isn’t it? We are all born to create. Whatever it is. Creating from our hearts feeds our souls and nourishes the world around us. It’s what we were made to do, and now more than ever we are being called to create a better world.

It seems obvious to me that we ignore this calling at our own peril.

And so I thought it was incredibly serendipitous that soon after going public with my intention to finish my memoir, to see it through no matter what, here came Nature/the Universe/God/the Unnameable, whatever you want to call it, to lift me up.

We’re calling our little accountability group the Creatives Collective. Who knows what will happen. No doubt there will be victories to celebrate and failures to learn from. But most important of all, there will be camaraderie, connection, and respect for our creative potential and the Unknown from which it emerges.

And the second amazing thing that happened? This blog was featured on the Institute for Creative Living, whose faculty-at-large includes Julia Cameron, author of the Artist’s Way, which launched my daily journaling practice nearly three decades ago. I was completely surprised in one way. But in another way, it felt like serendipity. Like a wink from the Universe.

P.S. The feature photo is my Kalanchoe plant. It bloomed this week too!

After two decades of copyediting for scholarly publishers, I decided to put down my red pen and pick up a black one. Now I write essays, some of which have been published on various websites and in print anthologies. View all posts by Monica Graff